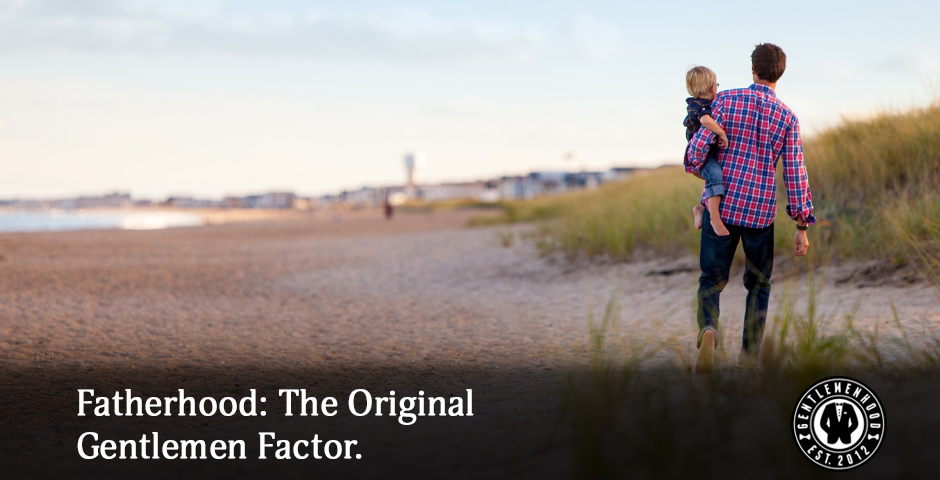 Once upon a time, the main lesson a father taught his sons was how to treat a lady. This in turn would become training on how to raise a daughter who would in turn become the object of desire for a trained gentlemen, and thus the cycle would continue and lead us to stronger and stronger families and great identities as individuals. Somewhere, though, this beautiful cycle was broken and replaced with single mothers doing their absolute best to raise sons, let alone gentlemen, and absentee fathers who had no real influence over their daughters who, in turn, became the objects of desire of, shall we say, those with less than gentlemanly upbringings. We are currently knee-deep in the latter, but I believe we aren’t that far gone, where we can’t collectively contribute to reviving the former.

You see I believe that our situations are only a snapshot. I can’t go back and undo issues from my first marriage. All I can do now is try my hardest to instill certain lessons in my son today. Starting right now. Sometimes it’s just questions to be asked and planting the seeds. Sometimes it’s just doing it. Showing through more actions and less words. One thing I know for sure is that young people are always watching. By at least a 10 to 1 ratio they are watching much more than listening. Especially if you aren’t speaking their language to begin with. So what are some practical things that fathers can do today, right now to reopen the doors to the gentlemen factory? We can start to stem the tide and stop the pure ignoramuses we see flooding our airways, timelines, and unfortunately, in some cases, funeral parlors.

One of the most vivid and beautiful memories about my own father, and of course it’s even more clear now that he’s passed from this world, is not how one day we were walking down a wooded path and he sat me on his knee and told me how proud of me he was or how much he loved me. It wasn’t one day at the carnival in the middle of summer where he bought me an ice cream cone then told me a story. Nope. As touching as those scenes are that many fathers and sons may actually share, that isn’t my recollection. My memory is one a bit more practical and potentially attainable for all those fathers out there who are just like me. The memory is this: every home and away varsity basketball game I played in during my high school career, my dad was there. In the stands, every time. When I played well he cheered. When I played so-so, at halftime he’d tell me to snap out of it. Too many jumpers, “go to the basket!” he’d shout. But most importantly he was there. Two weeks ago I somewhat scolded (gently) my son for not inviting me to more of his programs. He spends most of the time with his mother 45 minutes away. But when I got the call with him on the other end inviting me to his belt test for Taekwondo, I told myself that there was no way I was going to miss it, and I didn’t. The entire test took far less time that it took in total commute, but the look on his face was priceless. So now, hopefully, he will be more inclined to invite me to more things, more memories are created, and a positive cycle can ensue. It’s moments like that when bonds are built. So when life decisions have to be made, our children, especially our sons, don’t hesitate to consult us. Then the conversation can turn to more guidance on how to behave and carry yourself in certain situations; how to get along and how to represent yourself. Will you be able to make every event? Probably not. My father was an entrepreneur so he had a bit more flexibility than most, but we can all probably do a little more. And it starts simply with showing up.

Sometimes the most wise among us don’t give us answers, they give us questions. Questions have a way of challenging what we say, what we believe and what we do, usually without referencing any of the three areas specifically. A simple question like “what do you think about_____?” could open the door wide open to be able to have a dialogue and for us to learn more about our children. From that point we can ask other questions and explain what we think and feel based on our wisdom and experience. Young persons then cross-references all that against his/her beliefs and we have more foundation for discussion and eventually, hopefully, some evolution of thought. It is one of the most awe-inspiring things to witness when a person, especially a young person, experiences that “aha” moment where they see the fallacy of idea they had just a moment prior held so deeply. This is growth (and parenting) and its best. Parents so often, and I’m guilty of it too much, get frustrated when our sons or daughters don’t say or believe exactly what we want them to. So instead of finding out or even making an attempt to understand where they got this belief or how it was formed, we go to the extreme and in some cases attempt to punish out of them said disagreeable thought or belief. Nothing drives our children further from us. Stop talking, then ask some questions and listen instead.

This may be the biggest idea on this list. Again, kids hear far less of what we say when up against them seeing us in action all the time. They are watching us with our own siblings (their aunts and uncles), they are watching us conduct business, they are watching us handle adversity and hardship, and equally as important, they are watching us deal with our significant others. This is where their future identities are being formed. There is currently a war being waged against the idea of family. Traditional family. The media is formulating ideas it is then implanting in our children. Ideas we probably don’t agree with. But it’s simple physics and psychology: if you take something away (thing or idea), you had better have something with which to replace it. That’s where parents come in generally speaking, and fathers specifically. It’s not just a platitude that parents are a child’s first teacher. This is absolutely true. We just have to be mindful of what lessons we’re teaching, because either way they’re learning something from us.

I say the choice is ours as fathers to reopen the Gentlemen Factory in our own homes and to set up shop today. All of our futures depend on it.

Sadiq Ali, MBA, is a speaker, trainer, professor, and author of Millionaire Manners: The Men's (and Boy's) Guide to Social Grace in the New Age and founder of Millionaire Manners Academy, a full service educational consulting and training organization that teaches life and career success through great personal and professional etiquette. He is based in Baltimore and enjoys speaking and writing on a variety of topics related to manners, gentlemenhood and building a better man. To contact Sadiq for engagements or questions: email Sadiq@Millionaire-Manners.com, visit www.Millionaire-Manners.com or connect on Twitter, Facebook or Instagram. 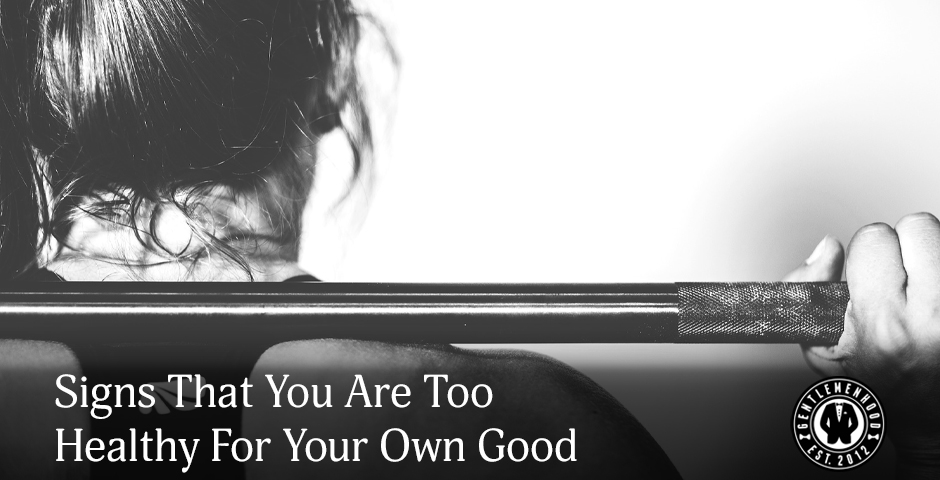 Signs That You Are Too Healthy For Your Own Good 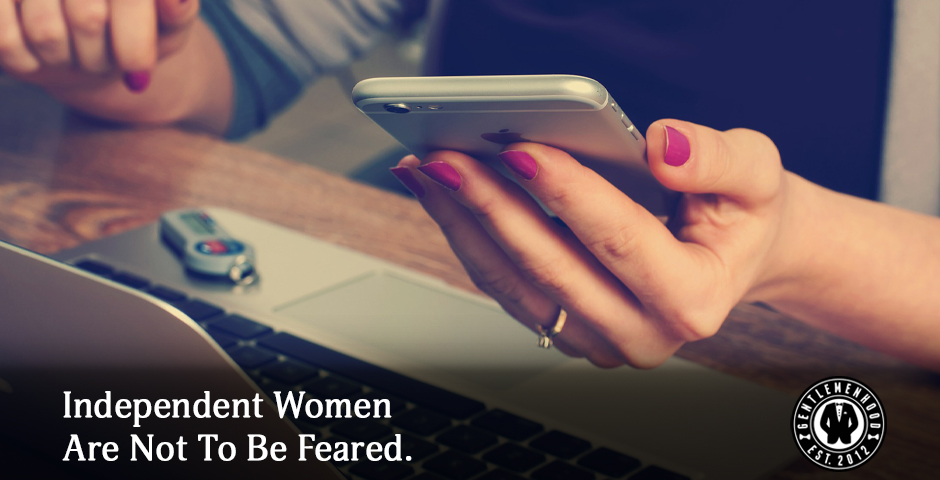 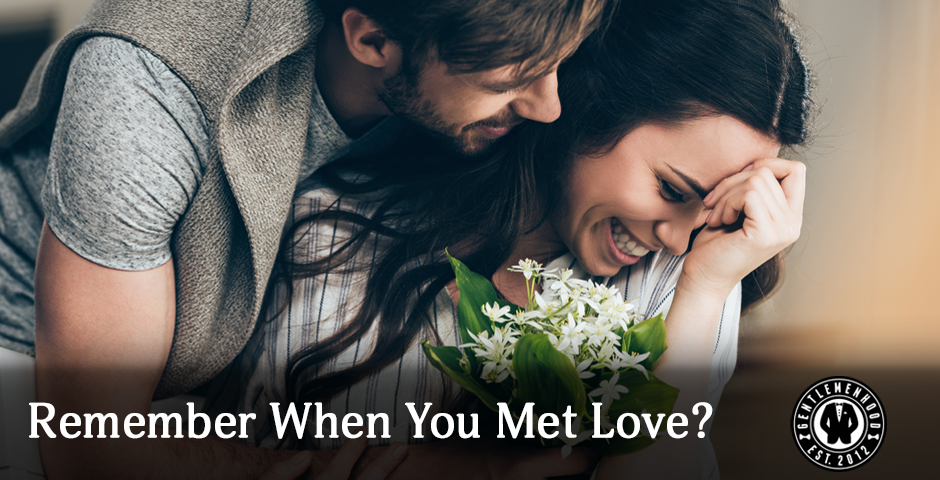 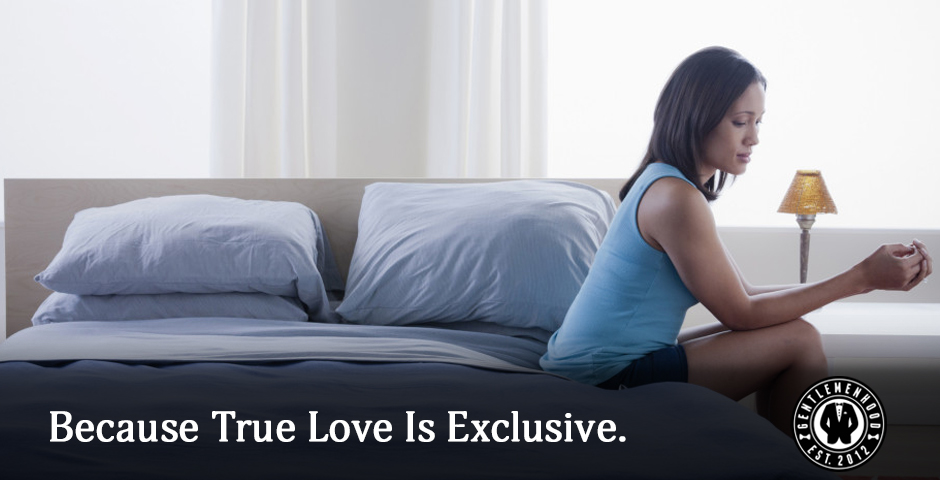